Hi, Y’all! I really don’t like talking about myself, but my husband says I have to have an about page, So here goes….

In case you can’t tell by my website name, my name is Amy DeWitt. I was born and raised in Dallas, Texas, and I still find myself in a large suburb of Dallas to this day. I work by day as an exterminator in a family company that my grandaddy established back in 1957.  That said, I have always thought of myself as an artist at heart.

I began singing when I was 3, and painting and I was always drawing and painting as a kid. I also grew up traveling a lot with my parents and grandparents. My father and his mom always seemed to have a camera in their hands. So I was thrilled when I got my first Brownie. To me, Boot Hill and the Grand Canyon couldn’t look any better than when I saw it through that lens.

Fast forward through all of life’s highs and lows and at 28 I found myself single with a 2-year-old son. For the first time, in a long time, I felt more freedom than I had ever known and I was excited about rediscovering my passions. I started singing in a band, and I did the coffeehouse folk thing. I wrote a lot of music and when my son turned 4, I took a grand vacation to New Mexico and Colorado. I bought myself a little plastic point and shoot camera, I lost my Polaroid in the divorce. I began to get back to that love of capturing awesome sights and scenes. It was so much fun.

I love those pictures! But there were definitely limitations. I was dating my best friend, who’s now my husband now for the last 15 years. He came over one night in December 2001. Bob is a cutting-edge techy guy and he had this newfangled kind of camera. It was a Casio Digital Camera. It did not need film, and I could be in control of developing the pictures the way I wanted them to be. Now that is some serious creative freedom. I was hooked and I soon got my own and I’ve been back taking pictures ever since. I started selling my photos shortly after I got my first digital camera. I learned to use available software to manipulate my photos and I kinda like how they turn out. My hope is you will too.

You can also find some of my video work on my husband’s website PhotoFlyBoy.com  and YouTube.  I told you he was techy, his occupation is flying drones. I help him when I get the chance. Visit both our sites often, they change regularly. And don’t forget to like us, if you do!

Thanks so much for visiting!!! 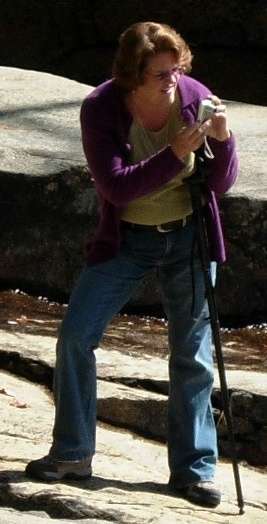